Over 50 years experience in packaging 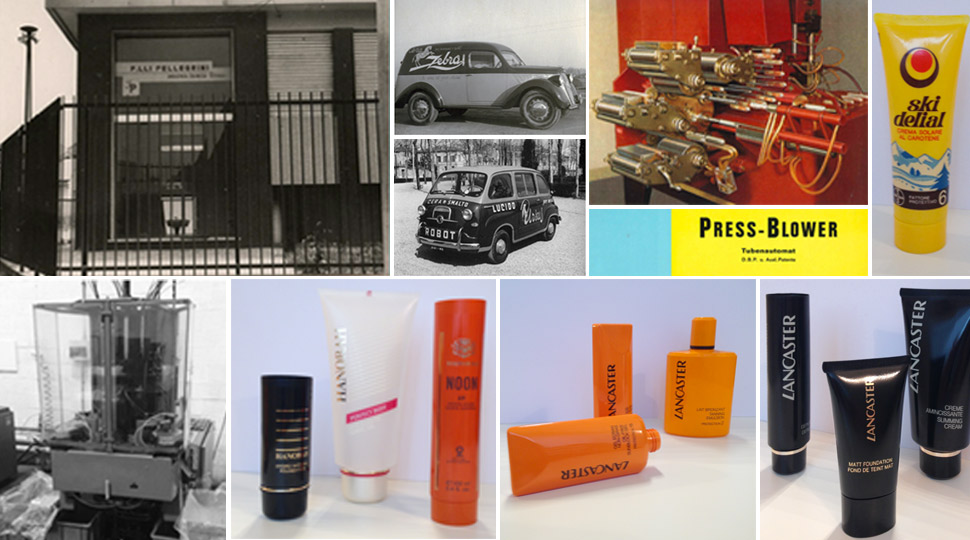 Tubopress Italia experience in the field of plastic packaging goes back to 50 years ago. It began in the '60s with the name of “Fratelli Pellegrini”, changing into “Tubopress di O. Pellegrini & C. sas” and finally, in 1986, into “Tubopress Italia Spa”. In the first years, work was more concentrated on the production of plastic bottles than on tubes, which, in the space of some years, overtook successfully over bottles. The tube in PE, produced by the Company “Fratelli Pellegrini” is the first tube manufactured in Italy showing no trace of joints on its head, that’s to say, made in one single piece, completely smooth, without any sign of mould, completely hermetic. The tube meets customer’s needs with outstanding success in the cosmetic, pharmaceutical and chemical markets, setting “Fratelli Pellegrini” as leaders in the plastic packaging field. Production increased so much that in the 80’s the turning point was reached: the production of tubes passed over bottles, becoming the main business. From now on Tubopress Italia SPA is the only one in Italy producing tubes through the injection-blowing system "Pressblower Automat", patented by the renowned German company "Ossberger Turbinenfabrik" from Weissenburg. It's the beginning of a long success story: Osvaldo Pellegrini, an exceptionally talented businessman, together with his brothers, Benito, Gianni and Mario, gave a boost to the production and began establishing their position in Italy and abroad, dealing with well-known Italian and French cosmetics companies. They were able to ride the wave of their own success until beginning of the 90's. And then again a radical change took place: in addition to traditional injected-blowed tubes, Tubopress Italia started producing in line extruded printed tubes. This innovation was introduced by the new managers of the same family, Galileo Pellegrini and Giovanna Pellegrini, strongly involved in the company development project through important technological investments. Thanks to the new governance, Tubopress Italia achieved success quickly on both Italian and international market.